$5 off your first sugar

You’ll receive a code right to your email for any service at Bare Body Sugaring!

The History Of Sugaring 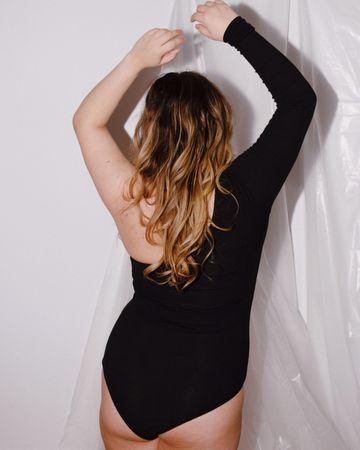 It’s a problem as old as time itself: Unwanted hair.

Maybe that explains why sugaring has been around for so long. Long before we had the internet, electricity, or even sliced bread, we had sugaring, an all-natural hair removal technique.

Are you new to sugaring? You might be surprised to learn the practice dates back to 1900 BC when it was developed in ancient Egypt. Sugar wasn’t readily available in this part of the world, so instead, people used a mixture of honey and oil called moum.

We’re taking a look back at how sugaring began, why it caught on, and where it is today:

You might be wondering: How did people remove body hair before sugaring was invented?

Some used pumice stones to scrub the hair off. Others used seashells as tweezers and crude razors. And some made hair removal creams using acidic substances, which damaged the skin.

It’s easy to see why sugaring caught on—it was far less painful than these other methods! It was also more effective than trying to manually scrape away the hair. And since the hair grew back finer and slower, the results lasted longer.

What made sugaring popular? Some say Cleopatra used it to keep her skin smooth and hairless. A renowned ruler at the time, Cleopatra was definitely a trendsetter.

On top of that, sugaring was a way to keep the skin hygienic when cleaning products weren’t readily available. It also helped prevent people from getting lice.

Today, some ingredients have changed, but the paste is mainly the same. At Bare Body Sugaring in Winnipeg, Manitoba, we use a mixture of sugar, lemon juice, and water.

The sugar grabs onto the hair without binding to the skin, water helps the consistency, and lemon changes sugar into fructose and glucose. When combined, the ingredients form a sticky paste that effectively removes body hair.

Hair removal rose to popularity in other parts of the world, too. In 400-300 BC, Alexander the Great popularized the clean-shaven look. He entered battle without a hair on his chin, maybe to enhance his beauty or perhaps to prevent his opponents from grabbing onto his beard. He instructed his soldiers to do the same.

Turkish people in the 16th century used designated rooms in public baths to remove their hair. Queen Elizabeth I popularized the look of removing hair from the face, including the eyebrows and forehead. Sugaring proceeded to catch on in Greece and Middle Eastern countries, where hairless skin was seen as the beauty standard.

Throughout history, the world changes, but some things have stayed the same. One of those things? We love the feeling of smooth, hairless skin, and we don’t want to go through too much pain to get it!

Even though sugaring has been around for millennia, it’s recently exploded in popularity. Why might that be? It’s probably because sugaring is…

For thousands of years, people from around the world have used sugaring as a way to keep their skin soft and clean. And if history repeats itself, then we don’t expect sugaring to fall out of favour anytime soon.

Back to all posts